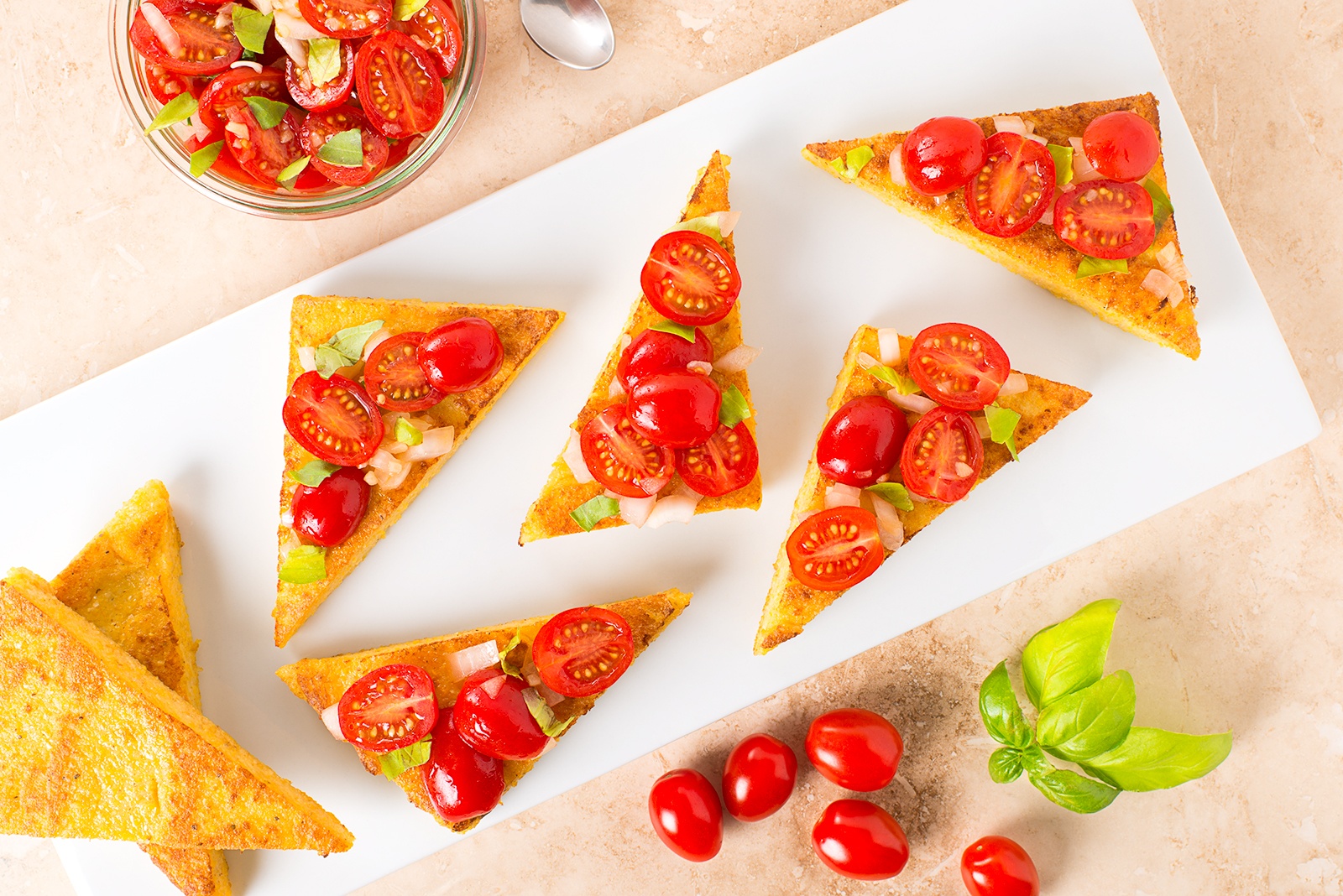 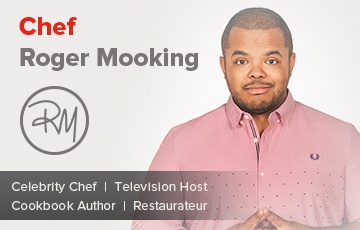 Roger Mooking has earned a reputation as one of North America's premier Chefs by developing a culinary philosophy built on the perfect execution of globally inspired culinary traditions. Coming from a culturally diverse background, the Trinidadian-born, Canadian-raised Chef is no stranger to combining various influences to new and exciting culinary adventures. After Roger's paternal grandfather migrated to Trinidad from Quandong, China he went on to open several bakeries on the small Caribbean Island. This sparked the family's many successful forays into the restaurant and catering business, with Roger's father and extended family eventually overseeing many establishments.

While Roger's earliest influences are his family's Chinese and Caribbean specialties, Roger also trained under Japanese, Chinese, French, and Swiss German Chefs including his formal training through the esteemed George Brown Culinary Management Program where he graduated with Top Honors and is now the Chair of the Professional Advisory Committee.

This third generation restaurateur continued his training at Toronto's world-renowned Royal York Hotel before co-owning and consulting on many food and beverage operations. Partnering with HMSHost and Toronto Pearson International Airport, Roger consults on multiple restaurants and has recently opened "Twist by Roger Mooking"; a restaurant that incorporates global flavors and ingredients into locally sourced North American comfort food. Over the years, Roger's restaurants have been on various "Best Of" lists and he was recently awarded the "Premiers Award" for excellence in the field of Creative Arts and Design.

He is the Host and Co-Creator of his own Internationally broadcast television series Everyday Exotic. His award-winning cookbook, based on the show, explores pairing ingredients from all corners of the globe with everyday meals. He is also the Co-host of Heat Seekers airing on Food Network and Host of Man Fire Food on Cooking Channel. Roger is a reoccurring judge on Chopped Canada, which premiered to an all-time audience record high for Food Network Canada. His culinary talents have led to appearances at Food & Wine show globally as well as features on The Today Show, Good Morning America, The Marilyn Denis Show, Top Chef Canada and Iron Chef.

Recently this Juno award winning artist and culinary extraordinaire teamed up with premium greenhouse grower Sunset® to put a fresh twist on flavor with new recipes and inspiration in and outside of the kitchen!

But for Roger, what is most important is being a dedicated husband and father of four girls.

You could say Roger has a full plate!

Roger Mooking on Why He Supports Movember 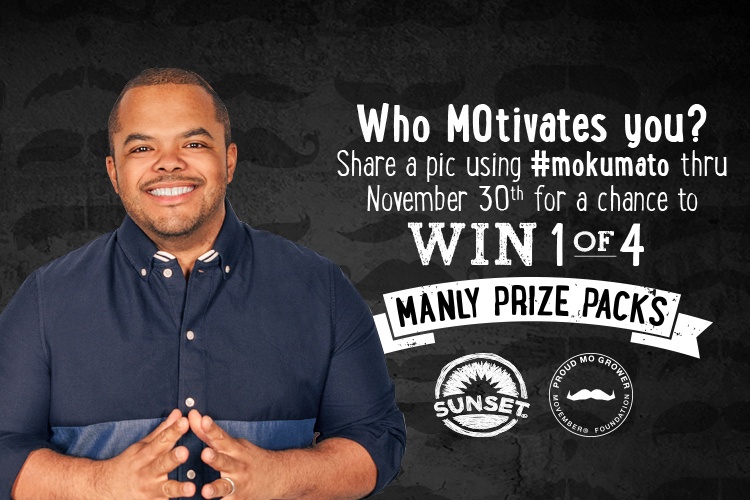 Movember is a time to raise awareness for men’s health. It’s not just about one month though – promoting a healthy body and mind should happen day in and day out. As a husband, father of 4, man with a million jobs, and someone who travels a lot, it's important that my body and mind can carry out what it needs to when it needs to. A healthy lifestyle is a critical part of my day-to-day routine, although some days are better than others. Professionally, I find myself filming TV shows that have me eating all kinds of food over and over for the camera, testing and tasting recipes till they are right, and sometimes ending my days eating more calories than I would normally do… see what I go through for you?! So to keep my envious model worthy figure (ahem), and, most recently, to lose inches and pounds while gaining lean muscle mass, I do the following things:

"What am I gonna do with all this free time?” said no one, ever.

Time is not on my side; I travel often, have about 10 different jobs, a very busy multigenerational household that consumes enough food to feed a farm, and just manage to squeeze in enough time in the gym to keep my doctor off my back. Still, planning a healthy well balanced meal is an important part of my daily ritual.

5 Ways to Get Cozy This Winter 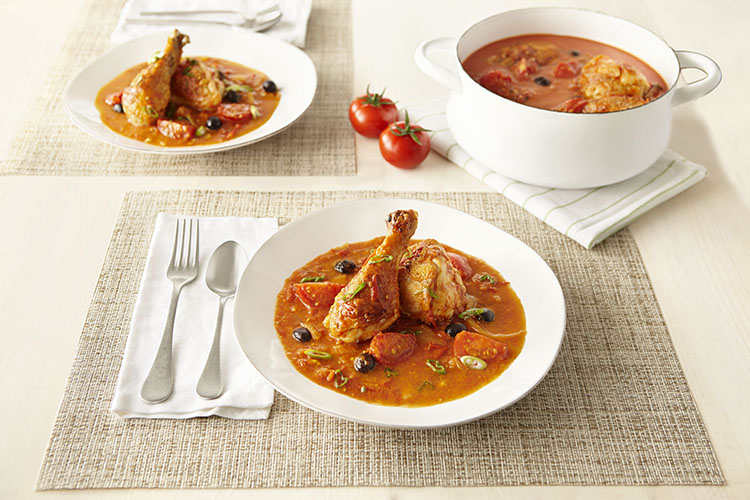 The beauty of living in a country with four distinct seasons is that we get to enjoy many different lifestyles throughout the year. The challenge is when winter hits, everyone seems to take the chill a little too literally. So, I’ve plotted a strategy for dealing with this year’s ice age:

Men in the Kitchen 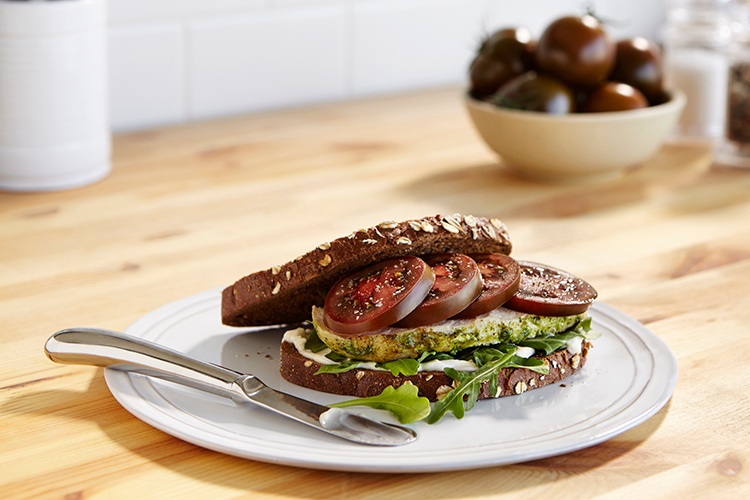 I grew up in a household and in an extended family where seeing men in the kitchen was as common as Shark and Bake by the beach (I'm Trinidadian - it's a thing).  As legend has it, after they got married, my father taught my mother how to cook after her initial attempt at cooking was less than worthy of a Chopped championship.  Every weekend he would show her how to cook a new dish until her repertoire and practice built up her confidence.  Now my mother is a beast in the kitchen. 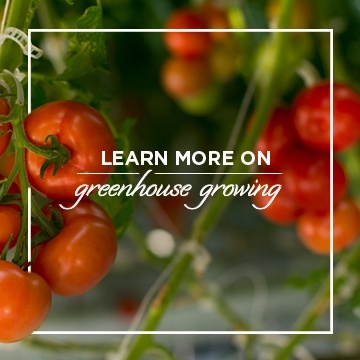 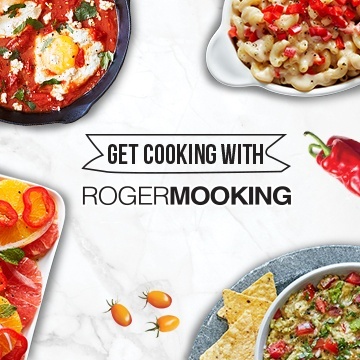